As the Middle East & North Africa are extremely important markets for thenex, thenex is very proud to introduce to you its new team member for this area: Jafar Mahmoodi! 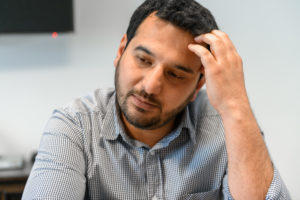 Jafar Mahmoodi (born in Kabul 1986) has a bachelor’s in business administration from the American University of Afghanistan. On top of that, he did a Master of Business Administration at the Istanbul Aydın University in Istanbul, Turkey. During his studies, he has been working for several international companies like Internews – Supporting open media – and Goldman Sachs.

Jafar Mahmoodi: „For Goldman Sachs I was engaged in a very special project in Afghanistan, called: ‚10.000 Business Women‘. The investment bank invested huge amount of money to educate 10,000 underserved businesswomen from emerging markets around the world. My boss, a Canadian lady, always called the project ‚10.000 business women plus one man‘, as I was the only man involved! But in Afghanistan, for certain contacts and affairs, it would be better to be a man. And that was me! It was a very nice job. The only thing that bothered me was that I had to wear a business suit and necktie all day!“

Before that, Jafar worked as a communications officer for the American University and after that he was coordinator of the Student Dormitory.

Jafar Mahmoodi: „I was the coordinator of all dormitories for the boys and girls. I regulated things and also had to manage how students were supposed to behave. Please keep in mind that these were students coming from different provinces and not just from Kabul. I can tell you it was the most challenging job that I ever had! I really learned how to deal with very different people.“

August 24th of 2016, the university was under heavy Taliban attack and more than 15 people were killed and many injured.

Jafar Mahmoodi: „The security was not stable and got worse every day. Security is something I have always missed in Afghanistan. The best thing I’m enjoying here in Europe, in the Western countries is security. It was not the only reason I left Afghanistan but certainly one of them.“

After Afghanistan Jafar went to study and work in Turkey, and then came to Germany to work at thenex. 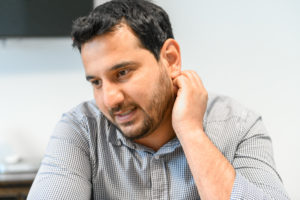 Jafar Mahmoodi: „A mutual contact of thenex and me was somehow impressed with what I had done. As he knew I was looking for a job, he asked me if he could hand my certificates and applications to thenex. Then I was invited by the Nientimp’s family. We had a half an hour conversation and then I came here and started. thenex was looking for someone from my region. I speak the languages, several dialects of Persians, English, German as well as basic Turkish, Arabic, and Kurdish.

At thenex, Jafar started his job as a sales manager. After some months, he was fully integrated with his new position, supporting the team and mainly the key account for this region.

Jafar Mahmoodi: „My main clients are in Saudi Arabia, Egypt, Bahrain and Kuwait. Some are new contacts. Others are existing clients with long business relations to thenex. The most important thing, and then it doesn’t matter if you are working in the Middle East or in South America or Europe, is to understand different cultures and sensibilities in order to be careful not to offend people and try to respect and keep them happy all the times. The most important thing is to keep them satisfied through honesty and integrity which I’ve learned it throughout my life experiences. I found this behavior of ‚how to communicate and work’ in thenex as well. In my country going from one city to another is sometimes like going from one country to another. There are huge differences. But one has to respect everybody. Be careful not to say or do something that upset them.“

And then the important question is: how does Jafar like living in Germany? 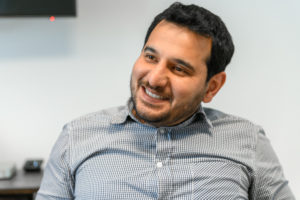 Jafar Mahmoodi: I enjoy living here! It matches well with my background, my interests. I like to communicate with people. I’m curious about different cultures. I should mention Germans have a rich cultures and customs. It is exactly what I want! You can more often face such things here in Germany. Sometimes Germans are so diverse that a small village can speak the old German language (dialect) in a way that the next village folks can’t understand them properly.

Henry-J. Nientimp: Jafar is very professional, friendly and open minded. His knowledge of communicating to people is combined with a high level of quick-wittedness. We do see good results coming from the market of Middle East and North Africa as a result of his fast way to integrate successfully to our team. It is our main goal to provide our clients and partners with the highest level of service, therefore we are always looking for people like Jafar who want to support thenex to keep expanding.